I’ve said it before, when people trumpet the time-worn phrase “You have to love me for who I am.”  While I’d prefer my love (and everyone else’s) be more unconditional than that, I still have to reply with the question: “What if ‘who you are’ isn’t who you should be?”

Self-love is a wonderful thing.  I’m only now dancing with it; I’ve loathed myself for years.  But where I stop – I hope – is at the threshold of pathological narcissism.  Reading through the Wikipedia article is enough of a “who’s who” itself; this book also featured heavily in a Philosophy of Psychology class I had some years ago.  (and I think I want to read this one) I am aghast, anymore, at the demands people make on others.  Much effort is exerted by people (the aforementioned narcissists) bending their reality to fit their picture of it.  Often – maybe usually? – the people doing so are self-professed authenticity-seekers.  I have to admit, and I know it shouldn’t – this bothers me.  No one wants to believe a lie (I will discuss religion in other posts).  But people are full-on into their myth of choice, because myth makes things legendary.  I read this on a friend’s FB “About” page:

The great enemy of the truth is very often not the lie, deliberate, contrived and dishonest, but the myth, persistent, persuasive and unrealistic. 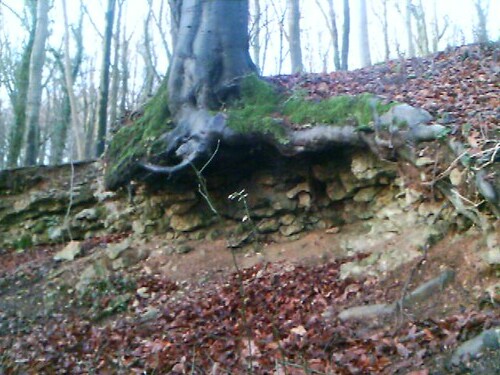 I stay away from things that are poisonous.  My Facebook feed is full of vitriol and bile.  Ignorance and judgment. Unilaterality and ultimatums. Twitter too, in many ways, not to mention being mostly a deluge of the largely banal.  At any rate, Twitter notifies me, should anyone ping me directly.  Facebook does, too.  I do stay on top of Google+ – which brings up an anecdote.  I have a friend (former, I guess, now?) who deleted her G+ account, saying to another shared online acquaintance that the person to whom she was typing was the “only reason to remain.”  Ipso facto, given my well-known distaste for Facebook and fondness for Google+, I was not a reason.  Latae sententiae.  Bell, book, and candle.  And irony.

In light of similar episodes, I have been focusing on the friends that attempt the “me first” without the “fuck everyone else” that seems to inhabit the makeup of such people’s motivations. Most notably, three ladies who are, in every sense of the word, life-savers. I mean my three roommates from August 2011 until June 2012.   Each full of self-love while remaining giving, and never – not even once – demanding.  I have friends in Arkansas and Oklahoma that, despite being believers, encourage me more than anyone else does.  I have another friend, a non-believer, who is struggling both with a divorce from a cruel husband, and with finding her own self after a history of people who use others.  There are too many good people in the world to keep company with the not-good ones.  I disagree, ultimately, with the following quote, but it certainly reflects in the behavior of many:

Life is nothing but a competition to be the criminal rather than the victim.

In the lives of many, their goal is to hurt before they’re hurt.  And this life hurts you.  The Joker, in The Dark Knight, says “The only sensible way to live in this world is without rules.”  A nice sentiment.  Unfortunately, the outcome is that those who live that way hurt people.  And, as Martin says in Grosse Point Blank, “you were encouraged to do it, and because, eventually, you, you know… get to like it.” I avoid people who enjoy hurting others.  So, yeah, I’m alone a lot.

But fortunately, I still have friends.