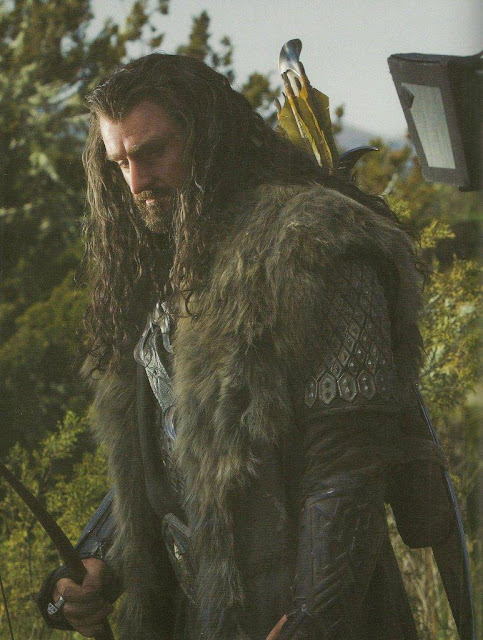 If more of us valued food and cheer and song
above hoarded gold, it would be a merrier world.

Many years ago, I found an entry in one of the texts I was using to DM a Dungeons & Dragons game, wherein a bard had spent some time in one of the dwarven cities of the Undermountain.  She was able (among only a few topworlders) to hear the funeral dirge that the dwarves performed upon the death of one of their own.  The text said that she was left “shaken for weeks.”  I’ve heard a lot of powerful music in my time, but I’ve always wondered what could bring a performer to such a deep and abiding sorrow.  Thanks – once again – to Howard Shore, I have a glimpse of that.

Far over the Misty Mountains cold,
To dungeons deep and caverns old,
We must away, ere break of day,
To find our long-forgotten gold.
…
The pines were roaring on the heights,
The wind was moaning in the night,
The fire was red; it, flaming, spread,
The trees like torches blazed with light.

The Hobbit glosses over, though terrifyingly enough, the effect of Smaug on the citizens of Dale and Esgaroth.  To get a true sense of the power of Dragons over men and elves in Tolkien’s work, read Children of Hurin.  Glaurung makes the dragons I used to present in my games look like mere tricksters.  Only once did I give a dragon the power it deserved, yet it was still defeated in the end, perhaps ironically, by a man from a town beside a lake.